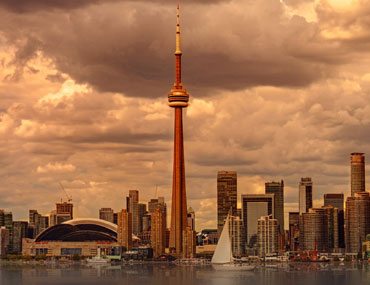 Social justice ministry director, Leah Watkiss, was on the scene at Lamport Stadium where people living in tents were forcibly removed by Toronto police. She shares her account here.

On July 21, I witnessed about 200 police officers and 100 private security guards violently remove 16 unhoused people from their tented community in the park by Lamport Stadium.

Toronto has a housing crisis. At the end of its first quarter of 2021, the City had 79,332 applications on their active wait list for affordable housing. The wait for a bachelor unit is at least seven years long, and 10 years or more for anything larger. Tent communities are the inevitable result of years of underfunding in housing and other social support services.

We cannot police our way out of this crisis. But that didn’t stop the City of Toronto from trying.

The weapons of the state included fences, bodies, horses, batons, pepper spray, drones, detention, arrest, and facial recognition cameras. I cannot comprehend the cost of such an operation. All inquiries about the costs of the operation and others like it have gone unanswered. Our city leaders have claimed that any violence from the police and private security was a measurable and proportionate to the threat of the encampment residents and their allies.

Video footage shows nonviolent protestors standing side by side, arms linked to form a human chain to protect their unhoused neighbours as they were shoved, thrown, hit, punched, gassed, chased, trampled, and more. At least three were hospitalized: one with a broken wrist, another with a concussion. Police kneeled on the neck of one protestor. Members of the press were obstructed from filming what was happening.

This was state sanctioned violence and police brutality. The purpose: to remove less than two dozen unhoused people living in tents on unused public lands.

Toronto Police Services are supposed to be here to serve and protect. I have to ask: who was being served here? Who was being protected?

After forcing protestors onto King Street using a technique called ‘kettling’ where police push crowds of people into a specific area, I was shocked when an officer had the audacity to say protestors were being inconsiderate neighbours by blocking traffic.

To me, Toronto Police Services has an odd understanding of what it means to be a considerate neighbour, instead showing that they are more concerned about the economically advantaged, housed neighbours of Toronto than the ones who are in precarious situations, targeted, and unhoused.

The City of Toronto is likewise culpable in its choice to criminalize homelessness and fund reckless, militaristic operations instead of investing in resources, spaces, and facilities to serve those who are underhoused.

I urge our City and all Torontonians:

Violence is not the way forward. We cannot police our way out of a housing crisis.