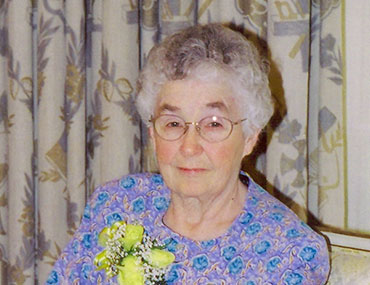 She is predeceased by her parents, Joseph and Anna Irene (née Matthews) Feeley and her older sisters Julia (Rockett), Betty (Hefford) and Anna May (Salmon). She will be sadly missed by her family, friends and by her Sisters in community.

Sister Margaret was born in Toronto to Joseph and Anna Feeley. Raised with her three older sisters, she was taught by the Loretto Sisters and graduated from Loretto College School on Brunswick Avenue in 1952.

In 1996, Sister Margaret served as the pastoral associate at St. Paul’s Church in downtown Toronto until retirement in 2012. In recent years, her ministry has been one of prayer for the community and the needs of the world.

During her time at the Sisters of St. Joseph Residence, she received excellent and loving care from dedicated staff and her Sisters in community.

In lieu of flowers, donations may be made to Fontbonne Ministries and you can click here for more information.